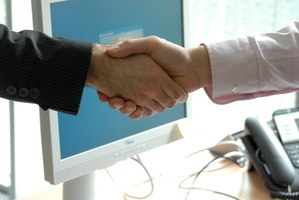 ‘Negotiating’ is a term used a great deal nowadays, in newspapers, on television and on radio. It often seems to imply that only large companies or whole countries are involved, not individuals. However, we all frequently have to negotiate, even though we may not realise it. In fact, all human interactions are characterised by some sort of negotiation between or among people trying to give and take from one another. This process of exchange is continual and often goes unnoticed.

Every human being negotiates at some point in his or her life, on some matter or another, some more effectively than others. We have survived and thrived as a species largely because of this ability.

Negotiation skills are essential in many ways especially in business. Negotiation is a significant portion of most deals. It is because as humans, we all want to achieve the best in every transaction we do. On the other hand, what is best for one may not work out for others. Negotiation is a method by which people settle differences. It is a process by which compromise or agreement is reached while avoiding argument and dispute. In any disagreement, individuals understandably aim to achieve the best possible outcome for their position (or perhaps an organization they represent). However, the principles of fairness, seeking mutual benefit and maintaining a relationship are the keys to a successful outcome.

Must attend if you:


Benefits of the training course:

If your organization believes in strategic learning cycle of its people and if you would like to know more about how Excellential can help you develop and transform your workforce. Feel free to connect instantly on Whatsapp: 9014784878

Send us a mail at info@excellential.com

Thank you for contacting Excellential.

We appreciate your interest. We will be sure to reach out to you at the earliest possible.

Send us a mail at info@excellential.com